Back to Hook, Line, & Sinker

Monkfish is abundant off the coast of New England and in season throughout the winter. The tails and cheeks of Monkfish are the portions that are typically filleted and consumed. For this recipe, we are focusing on the Monkfish's tail as it dense, savory, and perfect for pan roasting. Nicknamed, "The Poor Man's Lobster", monkfish is a great alternative and much more affordable than the ever-popular New England Lobster Tail.

In this recipe, we will be using minimal ingredients but making a very flavorful and sophisticated dish. This recipe was inspired by Chef Thomas Keller of the French Laundry in Yountville, California. He is America's most decorated chef and elevates the most classic dishes to superior levels. He started his career in Newport, Rhode Island after training in France and his love for seafood is present on each of his menus. For Chef Keller, seafood is his favorite food to prepare as he believes it is the most versatile when compared to similar protein (ie: chicken and beef), is visually appealing when plated, and unique in every cut.

To start, heat your oven to 350 degrees and salt your monkfish tail as you begin to prepare the Beurre Rouge. Beurre Rouge translates to Red Butter Sauce and pairs well with the density of the monkfish tail as it is deep in flavor and provides earthy aromas. Then, dice mushrooms, carrots, parsley, shallots and add in thyme, peppercorn, and a bay leaf once the red wine comes to a boil. For the red wine, we recommend using either a Cabernet Sauvignon or Pinot Noir. As the ingredients and red wine are boiling, begin the preparation of the monkfish by heating a pan (stainless steel or cast-iron) with vegetable oil. Once heated to a medium temperature, sear each side of the monkfish tail until browned while basting the top portion with the vegetable oil. Once seared, remove the vegetable oil from the pan and add in cubes of butter. Resume basting the monkfish tail with butter while adding garlic cloves and thyme springs on top of your filet. To finish preparing the monkfish tail, place it in your pre-heated 350 degree oven for 10-12 minutes.

To plate, pour the Beurre Rouge onto your dish and add the Monkfish Tail on top with a sprig of thyme. For pairing, we recommend white asparagus as the color contrast goes aesthetically well with the Beurre Rouge. Bon appetite! 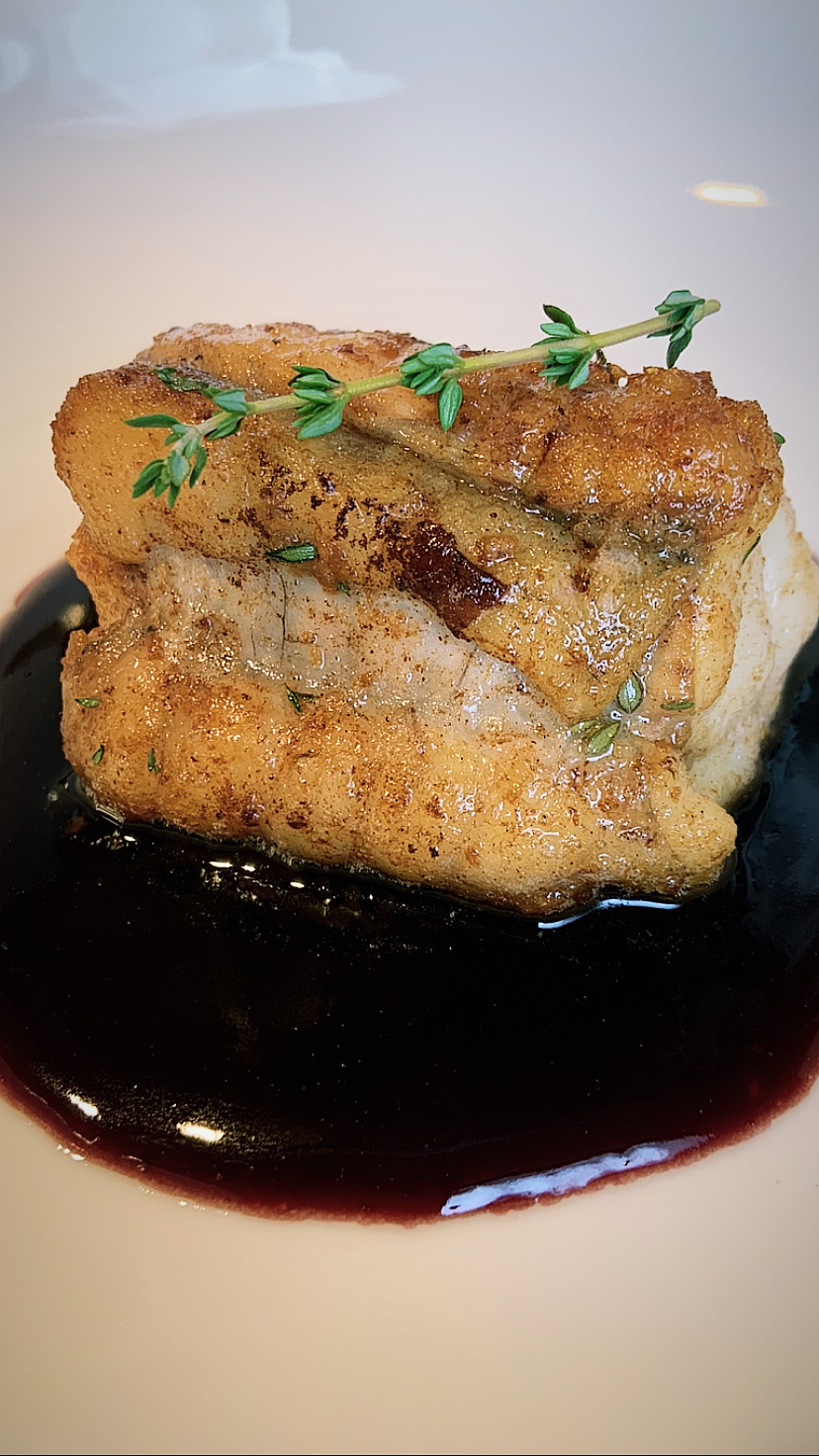